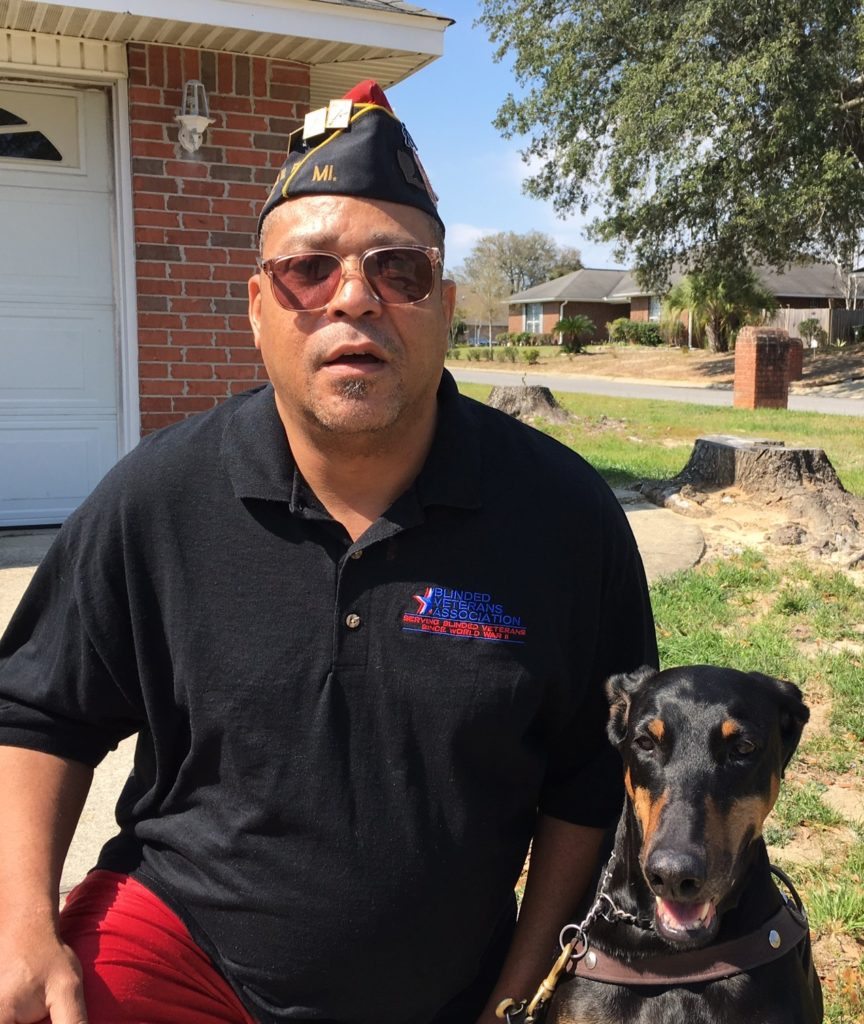 Darryl Goldsmith joined the United States Marine Corps at the age of 17 after graduating from high school in Canton, Michigan in 1979.
He was injured during nuclear, biological, and chemical training due to an equipment failure that injured his eyes and caused his medical
discharge.

Darryl worked for the U.S. Postal Service until his injury claimed his sight completely. He had one eye enucleated. He attended the Michigan
Commission of the Blind rehabilitation program, where he learned about VA benefits and then went for VA rehabilitation training at the Central Blind Rehabilitation Center at Hines. He learned communication, computer, orientation and mobility, and cooking skills. He then attended the Columbus, Ohio Pilot Dog School and met his first guide dog.

Upon learning of the Blinded Veterans Association, Darryl helped organize and became a charter member of the Michigan Regional Group. He also initiated a volunteer office in the Detroit VA Medical Center while serving as the regional group Secretary. Laster, he was elected President of the group. More recently he established the Emerald Coast Regional Group in and around the Florida panhandle.

Darryl is a sports and recreation enthusiast. His activities include deep-sea fishing, rock climbing, Tai Chi, kayaking, deer and turkey hunting, and downhill skiing. He is a certified SCUBA diver, one of the few blind divers in the world. He is currently learning how to play the guitar.

Darryl is a BVA national volunteer Veteran Service Officer at the Pensacola VA Outpatient Clinic and the Biloxi Blind Rehabilitation Center, where he holds monthly group meetings to encourage newly blinded veterans and motivate them to realize there is life after blindness.