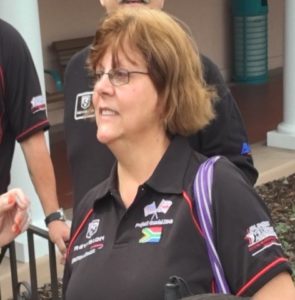 Mrs. Murphy joined the US Army in May of 1991 and attended Basic Training at Fort Jackson, South Carolina. She continued there for AIT becoming an Administrative Assistant – 71L. After completion of AIT she was assigned to the 42nd Military Police Group Customs in Mannheim Germany. As a 71L she worked in the S1 and continued there until the fall of 1992. Mrs. Murphy relocated to the United States to the PSC, 1st Infantry Division at Fort Riley, KS and was there from September of 1992 until she went to the DISCOM and worked there until 1994. Still at Fort Riley, she was chosen to be the Divison’s Command Sergeant Major’s secretary as a Sergeant (E5) and was there until learning of a vision condition that would not allow her to continue her military career. Subsequently, she was medically retired in April of 1998. Her husband remained on active duty at Fort Riley where the family chose to remain after his retirement