Jhennicea (Jhenni) Morrow, Central/Northern Regional Group, is a Vietnam Era U.S. Navy veteran, currently serving as the President of the Arizona – Central/Northern Regional Group (2015 – present). She is also volunteering as a VSO (Volunteer Service Officer), and as Director District Four of the Blinded Veterans Association. Her military experience included training as a Naval Communications Technician, and the lessons she learned has guided her in her daily life since becoming a veteran.

After literally “bumping into” the Phoenix VIST coordinator, Jhennicea traveled to Tucson, Arizona for Mobility & Orientation Training at the Southwest Blind Rehabilitation Center. The following year, she returned to the center for Computer & Technology Training. Since returning home, she has focused on serving the blinded veteran community as President of the Regional Group. She trained in the Military / Veteran Network Program, and is also trained as well as functions as a Volunteer Field Service Officer. She participates in yearly 5K VisionWalk fundraisers to raise awareness and funds for retinal diseases. She also participates in Low Vision Support Group meetings, and communicates regularly with various agency and V.A. leaders regarding the needs of blinded veterans.

Jhennicea is a lifetime member of the Paralyzed Veterans of America, the Disabled American Veterans, and the American Legion. But she always says that, “Membership and service in the Blinded Veterans Association is my focus and my delight as I work to serve and honor fellow blinded veterans.” 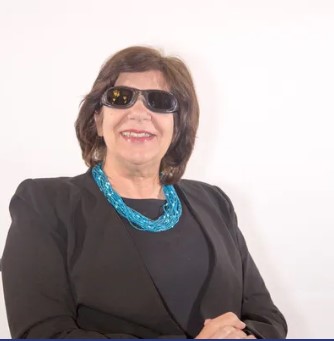