April 2021 Member of the Month 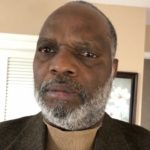 Calvin Poole, President of the Tennessee Regional Group, joined the U.S. Navy in 1976 and completed his enlistment in 1982 as part of the U.S Navy Construction Battalion “The Fighting Sea Bees.” Selected as the Recruit Chief Petty Officer, Calvin led his company to win the Brigade Award for the Most Outstanding Company. Currently, Calvin dedicates his resources and time to getting blinded veterans from his regional group and other local citizens involved in both adaptive sports and arts/crafts through partnerships with other nonprofit organizations. Some of the geographical areas in which Calvin has influence with veterans include northern Mississippi, eastern Arkansas, and the western portion of Tennessee. Calvin credits BVA for being instrumental in his personal and professional growth, and he encourages blinded veterans to join the organization,
remain active in their local regional groups, and experience BVA’s Operation Peer Support activities.

CONGRATULATIONS, CALVIN, AND THANK YOU FOR YOUR CONTINUED SERVICE!