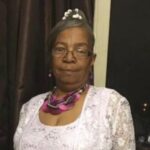 Gretchen Wilson was born in Minneapolis, Minnesota. She joined the Army in 1979, where she served three years on active duty and one year in the reserves. Some of her hobbies are watching movies, spending time with her grandchildren, and being a part of the Blinded Veterans Association family. Gretchen has consistently served as an officer for both the Minnesota and South Carolina Regional Groups. Her performance and untiring efforts are both exceptional for others to follow. She has played a major role in the reshaping of the South Carolina Regional Group, which has earned her the position of Vice President this year. Gretchen’s continued love for helping other blinded veterans is her staple, along with her commitment to honor and leading. THANK YOU FOR YOUR CONTINUED SERVICE AND CONGRATS!