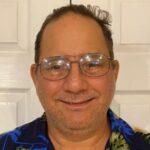 Second Friday of Every Month
10:50am CT

Earl Forstall entered the military at the age of 22 as a private in the Army Air Corps. As an engine specialist based out of Boise Air Force Base, his first plane was a B-17 flown by actor, pilot and Brigadier General James ‘Jimmy’ Stewart. After that, he was promoted to Crew Chief and assigned to the B-24 named “Queenie”. Queenie flew 59 missions without one mechanical failure. He was a member of the 8th Army Air Force, 445th Bomber Group and rose to the rank of Master Sergeant. He is a twice recipient of the Bronze Star Medal and was also awarded the Good Conduct Medal and Honorable Service Medal. His other citations include European-African-Middle Eastern Campaign, American Campaign, the World War II Victory Medal, and the Marksman Badge with Rifle Bar. His unit was awarded the Distinguished Unit Citation, with a personal citation for Earl.

He married Elizabeth Lou Cole in 1953 and they raised a family of seven children together. He opened a typography business in the city of New Orleans, Forstall Typographers/The Ad Shop, with two of his brothers and became a leader in the field of typography regionally. He closed the business after 50 years of service to the city. He has 11 grand-children and two great-grandchildren. He lost his wife in 1994 after 40 years of marriage. He continues to live independently in the home in which he and Liz raised their family.

In 2019 Mr. Earl celebrated his 100 birthday at the World War II Museum in New Orleans. The Louisiana/Mississippi BVA Regional Group, Inc sponsored the party with honors and citations from President Trump, Louisiana Senators Cassidy and Kennedy, U.S. Representative Richmon, Louisiana Governor Edwards, the World War II Museum and BVA President Zampieri. Mr. Earl is a long time BVA member and has held many offices in the Louisiana Regional Group, due to his hearing problems he does not join in the monthly teleconference meetings, but he does attend every banquet and other regional get togethers. Mr. Earl attributes his longevity to clean living and a good cocktail every evening.

Today is National White Cane Day which is a day sat aside to bring awareness to an essential tool that allows those who are visually impaired to move freely.

White canes were introduced in 1930 as a way to help visually impaired people and alert others. In 1964, President Lyndon B. Johnson established White Cane Safety Day in an effort to raise awareness of people who carry a white cane.

The white cane symbolizes freedom and independence because it showcases that those who are visually impaired have learned to maneuver through life although they have a physical limitation.

News 25 spoke to Raquel Welch, a visually impaired veteran. Welch lost her sight in 2009 and uses her white cane to get around. “The white cane allows for better mobility. Once you enter the blind rehab you are trained with the white cane along with any other types of tools that will help you navigate the world. It’s a sighted world that we are living in and we are trying to navigate the world the best way we can.”