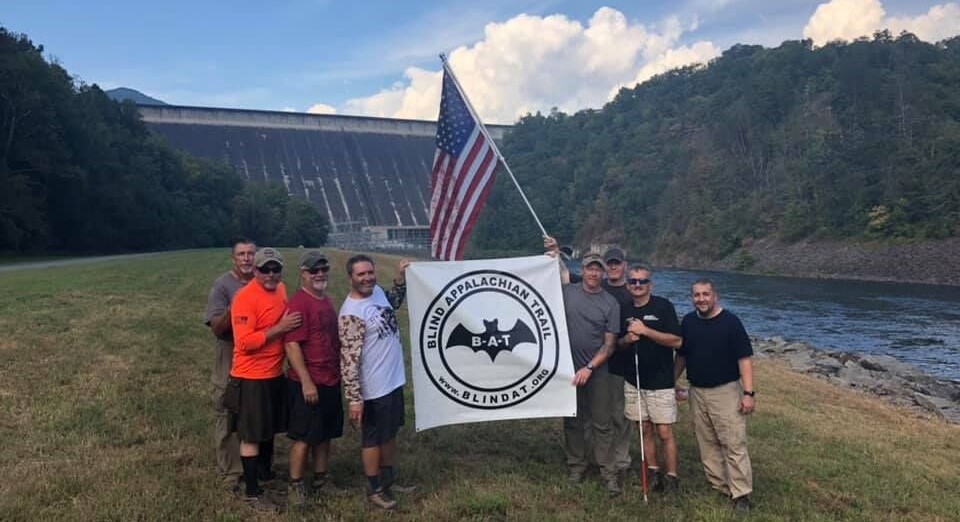 Veterans throughout the country who have experienced vision loss are constantly searching for and discovering new ways to “Light Up the Darkness,” the theme for the Blinded Veterans Association’s 2nd annual Charity Concert at the Richard J. Ernst Community Cultural Center in Annandale, Virginia, on March 28.

The special event on the Annandale campus of Northern Virginia Community College will mark, to the very day, 75 years of BVA’s service to blinded veterans and their families.

“Blindness has afforded me the opportunity to experience the best parts of humanity,” said Navy veteran and BVA member Lonnie Bedwell upon completing Day 5 of a 91-mile section of the Appalachian Trail with seven other comrades who have lost most, if not all, of their sight.

Lonnie was referring to the acts of kindness and hospitality afforded to the group as they made their way along the trail, stopping in several cities for rest and meals.

A journey on foot of that magnitude, which totaled six days last October, is somewhat routine for Lonnie, who is the first known blind person to negotiate the entire Colorado River solo in a kayak. He also skies, builds houses, and climbs mountains. Earlier in January he bravely scaled Aconcagua, the highest peak in Argentina and all South America.

“I wouldn’t have done any of these things if I hadn’t lost my sight,” Lonnie said.

Truly Lonnie Bedwell lives to “light up the darkness” in his own life and the lives of all who know him. He personifies the enduring spirit of the Blinded Veterans Association, now three quarters of a century strong, that will be so brightly on display March 28.

Delta Spur is a District of Columbia, Maryland, and Virginia group providing an energetic performance of fresh, modern county music. The group has entertained thousands at landmark venues like Horseshoe and Harrington Casinos, Bryce Mountain Ski Resort, and now at Northern Virginia Community College in support of programs aimed at enhancing the lives of blinded veterans such as Lonnie Bedwell.