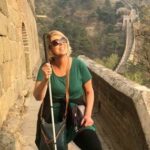 As a former Medical Service Corps Officer of the United States Navy beginning in 1989, Laurie Cutlip served as a staff Dietitian at the National Naval Medical Center (now Walter Reed) and was then advanced to the position of Head, Nutrition Education. She was asked to head the Clinical Nutrition Department simultaneously while retaining her position as head of Nutrition Education. She developed standards of nutrition care for all areas of inpatient dietetics. Other responsibilities included nutrition education to Midshipmen at the U.S. Naval Academy, Congressmen and Senators, staff at the Washington DC Navy Yard, and staff at the Navy Annex. In 1993, she medically retired as a Lieutenant and subsequently opened a private nutrition practice in Maryland. During this period, she also authored one nutrition book and co-authored two additional books. After 16 years in private practice, her military passion got the best of her and she became a Clinical Dietitian at the Naval Medical Center Portsmouth (Virginia). With her advancing chronic eye condition, she retired from civil service. After meeting her chapter president during blind rehabilitation, she became aware of the Blinded Veterans Association and immediately became a life member. She is an active member of the Hampton Roads BVA Chapter and the Mid-Atlantic Regional Group. Her passions include the Baltimore Ravens and international travel. Congrats Laurie Cutlip!

Contemplating the Meaning behind What We Have Missed