Blinded Veterans Association today recognized the magnitude of a presidential signing into law of two of the organization’s longstanding legislative priorities. The enactment of these measures will significantly enhance the lives of America’s blinded veterans and their families for years to come.

President Donald Trump announced the signing in a press briefing on August 8 from the Trump National Golf Club in Bedminster, New Jersey, mentioning in his remarks those who worked on the legislation and singling out the expansion of special adaptive housing grants to blinded veterans.

For the first time after years of advocacy, blinded veterans under what is now Public Law 116-154 will be classified as catastrophically disabled for the purpose of applying for Department of Veterans Affairs (VA) housing grants relating to emerging home technology specific to their vision loss. Many of these growing and expanding technologies, previously unattainable for them due to cost and limited resources, will now ensure an improved quality of life and greater independence in daily living.

“Blinded veterans no longer need to have suffered a loss of a lower limb to qualify for this grant—their service-connected blindness alone triggers their eligibility,” said James Vale, BVA National Service Director for Benefits and Policy. “Clearly, this is a big win for blinded veterans.”

Vale also affirmed that veterans who, due to blindness in both eyes, having corrected central visual acuity of 20/200 or less in the better eye, or having a field of vision no greater than 20 degrees, qualify for the grants. The legislation, he said, also raises the maximum funding eligible veterans can receive from $63,780 to $98,492 and increases the number of times the funds can be accessed until the grant is exhausted from three to six. Veterans can receive an additional  amount of assistance after ten years that does not exceed half of the maximum grant amount. This means that if veterans are in a home not previously adapted to their disability, they can receive up to another 50 percent of the maximum grant toward their project.

“BVA sincerely thanks Representative Gus Bilirakis (R-FL-12) for introducing this critically important legislation and President Trump for signing the measure into law,” said BVA Executive Director Donald Overton. “Blinded veterans remain one of the most disadvantaged veteran groups socioeconomically, but this legislation acknowledges their tremendous sacrifice, affording them greater dignity and worth as well as additional safety in their own homes.”

The legislation also addresses the unemployment rate of blinded veterans by ensuring that companies and nonprofit organizations that employ blinded veterans receive contracting preferences from VA. The result will be improved job security for thousands of blinded and otherwise severely disabled veterans in important positions of responsibility and greater potential profitability for organizations seeking VA contracts.

A coordinated BVA advocacy campaign that included several other Veterans Service Organizations and members of Congress brought special attention to the House and Senate bills earlier this year. 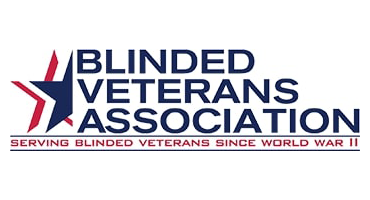